Posted on June 28, 2012 by melinda in AD/HD, homeschooling, learning, Outside the box, parenting | 2 Comments 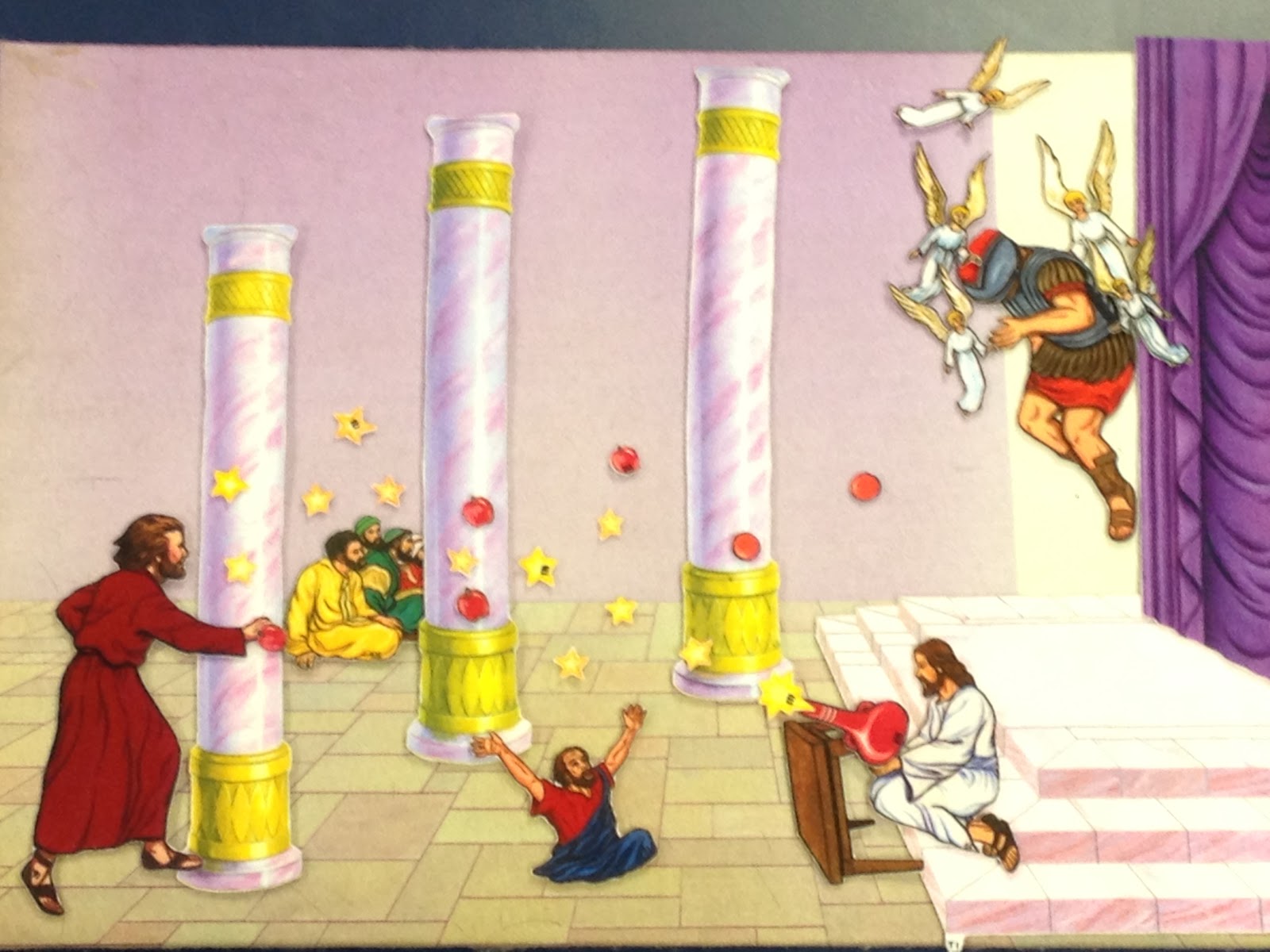 Do you have a child who can always pay attention, sit still, and comply with directions and requests? If so, you may not be able to identify strongly with this post. On the other hand, you may have other children someday or know of some who are similar to my son, Joshua. My son has always been an “outside the box” kind of thinker. He is so far outside the box that he doesn’t know the box exists. He thinks in terms of what is possible, rather than being limited to pre-existing established patterns. To say that Josh is a non-conformist would be a gross understatement. This kid doesn’t just march to the beat of his own drum; he marches to the beat of his own oboe or something. His creative thinking made his behavior unpredictable at times, which in turn made parenting him very challenging. Can you relate?

I am a pretty linear thinker, and although I’d like to think that my box is large I am definitely an “inside the box” kind of thinker. This was one of the challenges I faced in parenting Josh, because my own responses to situations were logical and predictable to anyone who knew me. Even though I tried I just could not anticipate how Josh would respond in many situations. Novel experiences were the most unpredictable, and I’m sure that even Josh did not know what he was going to say or do in advance much of the time.

For example, our local library had weekly story times for preschoolers, and Josh looked forward to attending each program. Josh tended to observe rather than take part with most of the activities, though. He sat on my lap and watched the other children sing songs and do the motions to finger plays. When the librarian read books, Josh would push forward to get a better view of the pictures, but he usually sat on his knees so he wasn’t blocking others’ views. For Josh, the true highlight of each week was the flannel board story.

The librarian would tell a familiar story, using the flannel board and various flannel pieces. Even though this was his favorite part of the 30 minute program, Josh could barely contain himself and wiggled and hopped around while the story was being told. With frequent reminders and prompts to sit down so that others could see, Josh waited for what he really liked best about the flannel board.

Each story seemed to spark ideas for a hundred others in Josh’s imagination, and our librarian was kind enough to give Josh free reign with the flannel board following the official story time. With or without participation by others, Josh would tell his original stories or take the existing story and give it multiple alternative plots and conclusions. Inevitably, Josh’s stories would include a battle of some sort. He could take the most peaceful setting and turn it into an epic battlefield.

Since Josh like flannel board stories so much, I bought him a huge set of Bible flannel board pieces. I thought it would be a great way for Josh to learn some Bible stories. He loved it! As my oldest child, I thought he might like to teach some of these stories to his younger sisters and it would be good practice for his oral language skills, too. Josh dutifully repeated the story I taught him, and then devoted his energy to expressing his creativity and imagination. 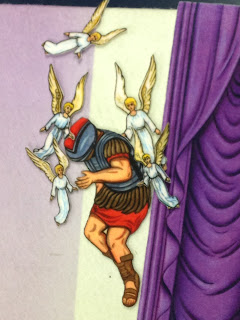 brought out for a new story. I am a Mom who likes things to be in their proper place, and the flannel board set had outlines of the pieces on each storage board which greatly appealed to my desire to have things organized. Josh, however, liked to select pieces for his stories willy-nilly and (gasp) even took pieces from different boards and stories that were not grouped to together. He even mixed up the Old and New Testament pieces. It was horrible! Okay, it is probably not that big a deal to most people, but it was a battle for me to give up my neatly arranged flannel board pieces so that Josh could express his God-given creativity.

Josh is now a young adult, but he still remembers the flannel board stories with great fondness. He remembers making up many adventurous tales and having a lot of 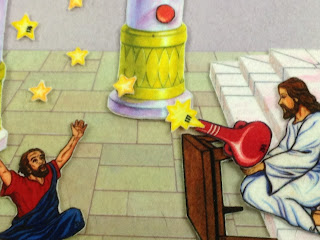 flannel pieces to work with from our large Bible flannel set. His favorite, he recalls, was the time he put the kneeling Jesus figure behind a large clay jar on a table turned on its side to provide cover. From that position, Jesus proceeded to shoot stars at his disciples across the room. And so it went in the imagination of a young boy, who believed that Jesus could do anything including spraying stars wherever He wanted them to go.

Whereas some people lament their lack of creativity, Josh and other outside the box type of thinkers find they have to stifle their creative urges many times throughout the day. It was always a challenge for me to find good boundaries that allowed Josh to follow his many ideas that led him in a myriad of directions while redirecting him to get his school work completed. Getting the academic work done did take us longer on some days when Josh pursued some of his imaginative ideas, but I wouldn’t squelch the creativity of my son for anything.

Contacts in a Spoon

Posted on November 1, 2010 by melinda in AD/HD, humor, Outside the box | Leave a comment
I consider myself to be a pretty good problem solver. I think things through, consider various angles, and make my decision based on the known facts at the time. I no longer wear contact lenses, but when I did I had a case to store them in. If I was on a trip and forgot my contact case, I would buy another case and probably pick up some contact solution since if I forgot one I’d likely have forgotten the other. When arriving at a hotel late at night when most stores are closed, upon realizing my omission, I would have been stumped as to how to store my contacts. Then I probably would have wasted a few minutes mentally berating myself for forgetting such an important item. Finally, I would conclude that I needed to head out again in search of a Wal-Mart that was open 24 hours in order to buy my needed supplies. Eventually I would come up with a solution, but not without feeling stressed and frustrated. This type of experience is very different for my outside-the-box thinking family members. In fact, they so often forget things that they take the forgetting in stride. They look for the simplest solution, and don’t sweat the fact that they don’t have exactly what is called for in the situation. With contacts, this has led to some interesting situations. Once my daughter and my husband both remembered their contact cases, but not exactly where they had set them down. In the morning, both complained that they couldn’t see very well once they put their contacts in, and suddenly realized they had inadvertently switched lenses with each other. Another time, after a late arrival at the hotel and a carry-out dinner consumed in the room, I was cleaning up and throwing out trash. Just as I was about to toss out a pair of plastic spoons, I noticed they were aligned in a way my family doesn’t typically take time to do. A closer look revealed that the spoon bowls had a liquid in them, and each contained a contact lens. My husband (who has ADHD) had forgotten his contact case, but when he discovered he had left it behind he just looked around for something handy and usable. Recruiting the two plastic spoons into a duty they were not designed for but suited his purpose, he popped his lenses and contact solution into the spoons and carefully set them aside. I guess his problem solving worked great, with the only real issue being the danger of his uninformed wife on a cleaning fit tossing them into the trash. In the end his creative thinking solved his dilemma, took little time, and caused him no stress. Makes it kind of hard to claim that my more traditional methods are better than the atypical ways of my family.