Posted on March 25, 2013 by melinda in parenting, socialization, struggling learners | Leave a comment 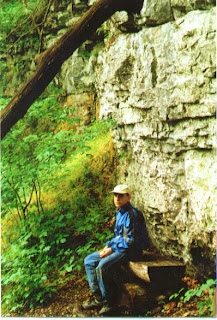 I’ve been thinking about social skills lately, and how much they impact our children’s lives.  Sometimes I feel confident that with enough direct instruction and practice even the most socially awkward child can succeed and have healthy relationships.  At other times, though, it seems like the hard work of teaching, learning, and generalizing social skills just isn’t enough.  I can have a child who has mastered basic social skills, but unless someone is willing to get to know her and become friends with her, the skill set seems inadequate and incomplete.

When I see a child who naturally picks up appropriate social skills and relates easily to others, there’s a part of me that feels a bit envious.  My child has to work excruciatingly hard to learn skills that develop effortlessly for others.  On top of that, I think children who struggle in this area need a friend even more than those for whom relationships come easily but often find themselves alone in social settings.  I look at the families who just seem to sail through developing new relationships on a regular basis and I wonder what that would be like.  I want to prompt the parents to be thankful and not take their child’s social skills for granted, but I know if I didn’t have a child with obvious deficits in this area I wouldn’t give a second thought to his social skills, either.

When my son was young, he did not make eye contact.  He didn’t feel the need for it, since he could hear everything just fine without looking at the person who was speaking.  Over time he learned that other people expected him to look them in the eyes, so he worked hard to discipline himself to meet that need.  He went from one extreme to the other during the learning phase, changing from no eye contact to staring unblinkingly at his conversation partner’s eyes.  This was perhaps more unsettling to others than the original lack of eye contact had been, so once again my son worked to make changes in the way he connected with people.

Despite his determination and ongoing efforts to relate with others, my son struggled with the unspoken rules of interpersonal exchange and many viewed him as simply obtuse.  The dictionary defines obtuse as “not quick or alert in perception, feeling or intellect; not sensitive or observant.”   This was his starting point.  Considering how very many discreet skills he needed to learn to improve his overall social skills what he accomplished was truly impressive.  Even so, I continued to observe other children who called my son derogatory names and who avoided his attempts to interact with them.  When his peers did include my son in play, more often than not it was to cast him in the role of monster or bad guy and then they ran from him, screaming.

It is no wonder that some of the children who struggle socially just want to give up or in frustration decide that most other people are not worth relating to anyway.  The rewards are so minimal in comparison to the effort these children exert trying to learn to relate in ways that do not come naturally for them.  With little apparent success they persevere and wish for friends who genuinely like them, and for insight into the baffling hidden curriculum of social exchange.  It seems that everyone else is in on the secrets of how to relate to others while the struggling child works to understand and interpret mysterious and unspoken rules that exclude and elude them.

My son worked with remarkable resiliency to be successful in social interactions.   He became an astute observer as he watched for changes in facial expression and tone of voice the way a scientist studies an experiment.  It seemed as if my son were a stranger in a foreign land, immersed in a language and culture that were unnatural to him.  Gradually and with many bumps along the way, he learned to recognize how others expressed their thoughts and feelings.  My son, who was always caring and sensitive, learned to relate in ways that were more easily recognized by those around him.  He picked up on subtle differences in my facial expressions and would ask if everything was okay.  When I sighed, he would check in with me to see if I was upset about something or perhaps just tired.

My son, and many like him, learn to improve their social skills and overcome their social struggles. There are occasional setbacks and disappointments but they manage to at least get by and develop genuine relationships.  Some who struggle socially will only achieve a modicum of success, while others will become fluent in the language of social skills.  Even for those who appear to be fluent, though, they are like second-language learners who have remarkably mastered the skills necessary to be successful in a foreign culture.